Most important events of Internet and Social Networks history

March 24, 1844 Samuel Morse transmitted the first telegram: "What hath God wrought?", a bible place that it's just part of the history (more...). 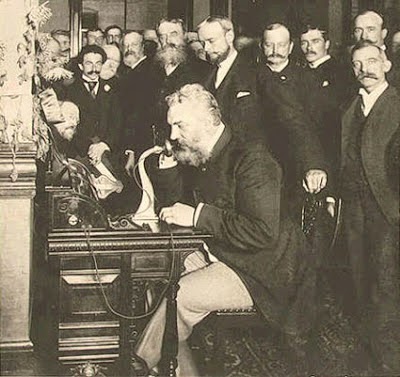 On April 3, 1973 the fist call using a mobile phone was done. The story  (or the legend) is well knon. Martin Cooper, a Director in Motorola, decided to call to the Joel Engel phone, its main competitor in Bell, Labs, to say him "Joel, this is Marty. I'm calling you from a cell phone, a real handheld portable cell phone" (more...)

Those three events are just now part of the history. There are others, more recent, that will be shortly included in. Maybe, in one or two centuries, they still being studied in schools and universities. Over most of them, there are interesting stories that, due to space limitations, I cannot expose here. Anyway, you will find links where they are explained in detail.

October, 29th of 1969, around 22:30, Leonard Kleinrock and his student, Charley Kline, of the UCLA sent the first message through the military network ARPANET. The tries to transmit a LOGIN command to server located in the, but the network failed y only "LO" was transmitted. This was the first word sent between two servers; undoubtedly a modest beginning. 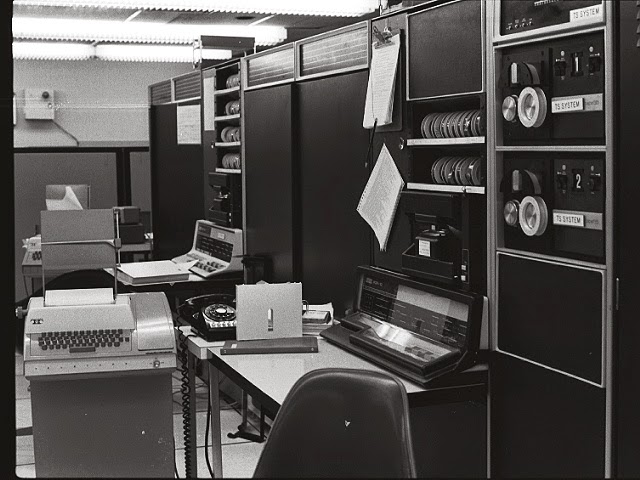 It was sent by Ray Tomlinson on September 1973. It was only a test between two server connected by ARPANET (the precursor of Internet) separated by only ten meters. The other great innovation of Tomlinson was to include the "@" for differentiate user and server in eMail addresses.

Whenever Ray in interviewed, then same question arrives "Which was the text you sent in the first email? and he always answers the same: "I don't remember, it was a test, maybe I wrote something line QWERTYUIOP". It's a pity, but Do you remember you first eMail. Anyway, we have a photograh of those server that sent the first email; it's not the same but something (más...)

It was done by someone in 1984, sending a message through UseNet, a messaging system. The message announced the opening of Soviet Union to the word creating a forum to communicate with occidental people.

The message was sent from the address "Chernenko@kremvax.UUCP", in a clear reference to Konstantín_Chernenko, the Russian president at this moment, and to the Kremilin ("krem+vax").

It was a wink to the Russian opening process that was discovered two weeks after. Six years later, when USSR open its communications, they used the "kremvax" domain, a tribute to that first joke.

"Symbolics.com" was registered by the company of the same name on March 15th. IBM y SUN registered their domains the same day but one year later. Apple did it on 1987, while Microsoft waited four years more.

Unfortunately, this historical domain is currently manages by someone that offers space for publicity banners trying to take advantage of the fame of that important piece of Internet history (I'm not going to offer the link due to my ethical convictions, however you know how to access to it).

This thankless episode succeed on March, 3 of 1978 when  600 ARPANET received the following message:

"WE INVITE YOU TO COME SEE THE 2020 AND HEAR ABOUT THE DECSYSTEM-20 FAMILY AT THE TWO PRODUCT PRESENTATIONS WE WILL BE GIVING IN CALIFORNIA THIS MONTH." (see full text)

It is not sure who was the author of this first treachery, but it has been attributable to Gary Thuerk, the Commercial Manager of the Digital Digital Equipment Corporation, a company acquired by Compaq several years ago.

On this interesting page you can find to the exact message including headers and distribution list. Therefore, with a bit effott you can know which where the first 600 upset user in Internet. In the same page you can find the reaction of some of them, there were other times. 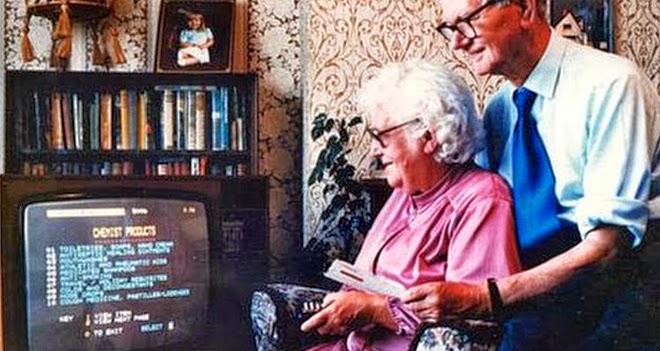 Margarine, eggs and Corn Falkes were ordered by Jane Snowball, a ver woman of 72 years, in 1984. to a Tesco supermarket. She used the betust VideoTex terminal. Even, we have a photograph of that moment and a screenshot ot he terminal.

I supposed that a very old woman was selected to demonstrate the easy use of the system. Being honest, it seems that she received some help. Anyway, Jane declared to be really happy with the new invent (more...).

If you are interested in eCommerce, it's possible that the first commercial exchange through Internet was starring by Stanford students when they requested Marihuana to MIT students in 1971 (more..). 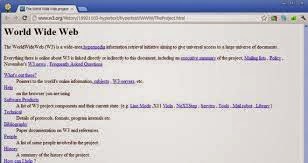 it was published on August, 6th of 1991. The first version is not available but there is an update from 1992. It was created by Tim Berners-Lee, CERN researcher and recognized Internet founder. The server was a NeXT, a computer designed by Steve Jobs to compiete with Apple when the company he founded with Steve Wozniak firez him the first time (más...)


The best is that you can access to that page. Do you know what is it about? 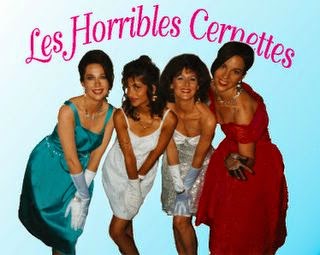 As you can verify, there weren't graphical items in the first Web Page. The first image was uploaded to Internet by another CERN group in 1992.

Its name was "Les Horribles CERNettes" that, curiously, a music group that offered (and offers) concerts to their colleagues. The photograph was taken by Silvano de Gennaro, fascinated by one of the team members, and in it you can see Angela Higney, Michele de Gennaro, Colette Marx-Neilsen y Lynn Veronneau.

Althougt they are detestable they cover a significant space in most web pages. These renowned figures in Internet history deserve, at least, a few lines.

The first one was published in Hotwiredcom on October 1994. It was designed by Joe McCambley from the advertisement agency Modem Media for promoting seven art museums sponsored by AT&T. Not even exposed the advertiser logo but it had a great success as banners became more and more popular to wear out everybody (more...)

It was sent by Jack Dorsey, the founder of this platform, on Math 21of 2006. It exactly was "Just setting up my twttr". Note that just in this first sent Jack remove some letters; it seems that economy drive his actions from the beginning (more...).

By the way, for celebrate its eight birthday, Twiter has published a tool that exposes the first Tweet of any person. With it, you can see the first tweet just only searching for @Jack (founder has some privileges including 2,6 millions followers)

Curiously, the first Facebook was not Mark Zukerberg, he is the fourth. The first three profiles were deleted (maybe thet were tests). The second profile belonged to Chris Hughes, co-founder, but now appears in five place, after Mark, a question of leadership.

"Thefacebook" was launched on February 2004 inviting to primeros 25 students to participate in the social network (following the link you can find a short story of all of them). I haven't been able to determine which was the first post in Facebook but one of them knows the answer to this question.
.
To celebrate the first billion users, Facebook has published its fist spot. Here it is;

During 18 seconds Jawed Karim appears walking in the Zoo. It was published on April 23 of 2005. Nor the content nor the title ("Me at zoo") seem to be specially original or able to get audience attention but it did it. 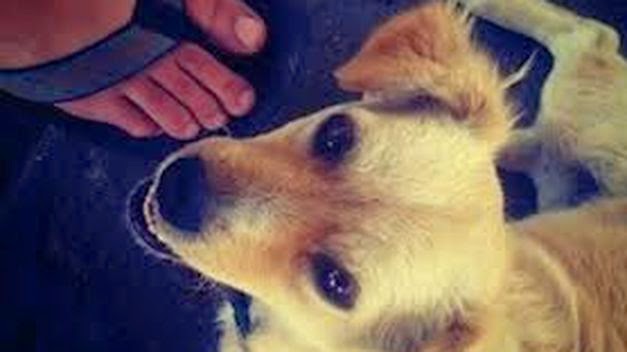 Of course, the artistic quality of the first photograph ever published on Instagram has not been the responsible of the great success of such as platform.

Kevin Systron upload, in August 2010, a photo of its dog to check the software. It was a simple test but there it is, available to be included in the Internet history (more...) together with a lovely sandal.

And just a brief summary of a couple of events more: 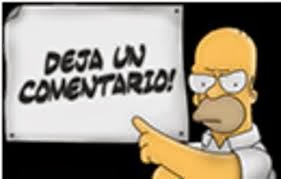 Do you know any other important event in Internet? Is there any unforgivable mistake? Do you know which post was the first one in Facebook? Comments, doubts, suggestions and corrections are welcomed.

Considering the image that close this post, here is the first Simpsoms episode Simpsoms (1987). It is not directly related but constitutes an important event in the communication world too. .